FREE gift with every order

Your cart is currently empty. 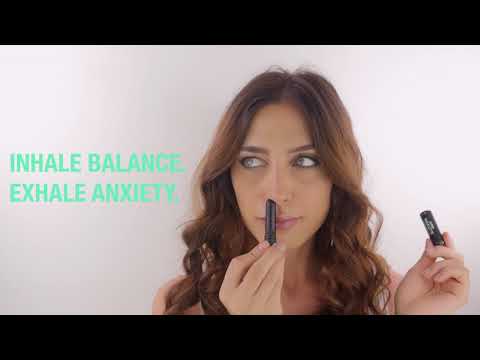 from $19.95
This item is currently on backorder but you can still purchase it now and we'll ship as soon as more become available.

Our best selling blend, Slumber evokes a sensation of calm and relaxation with Lavender, Cedarwood and Cinnamon essential oils that are renowned for easing anxiety, promoting relaxation and aiding sleep. Using a Nasalette™ Essential Oil Inhaler as a natural way to ease stress and insomnia is a great way to support your nervous system without adding to your toxic load.

Made with love in Australia.
Vegan, cruelty free, with no added water or fillers.
Don’t just take our word for it, check the reviews below.

Cedarwood - Used by the ancient Egyptians, the warm woody aroma works to decrease irritability and calm nerves to prepare you for relaxation.

Bergamot - The fresh sweet citrus properties in this oil help to release hormones like dopamine and serotonin inducing feelings of relaxation and sedation.

Cinnamon - This remarkably potent spice has been used in traditional medicines for thousands of years. Its distinct musky warmth aids in stimulating blood circulation and works to clear the system of toxins.

Vetiver - With its immune-supporting properties, this smoky caramel aroma has a calm and grounding effect creating the ideal environment for deep sleep.

Marjoram - Is widely used as an analgesic for reducing pain and inflammation. Its aromatic oil properties calm the nervous system and have a positive effect on the mind.

How to use me If suffering from congestion or upper respiratory ailments, you can help get these under control with our Respire Essential Oil Blend developed to quickly reduce swelling and inflammation in the nasal passages. When your airways are clear, you’ll be able to enjoy the remedial benefits of our other blends too.

This is now part of my nightly routine and has led to the best sleeps I have had in a long time!

It's pretty good. Good deep sleep for 4 to 5 hrs.
I'm hoping contents last a good few months. Have recommended to others!

My daughter uses this before bed and says it makes her calmer.